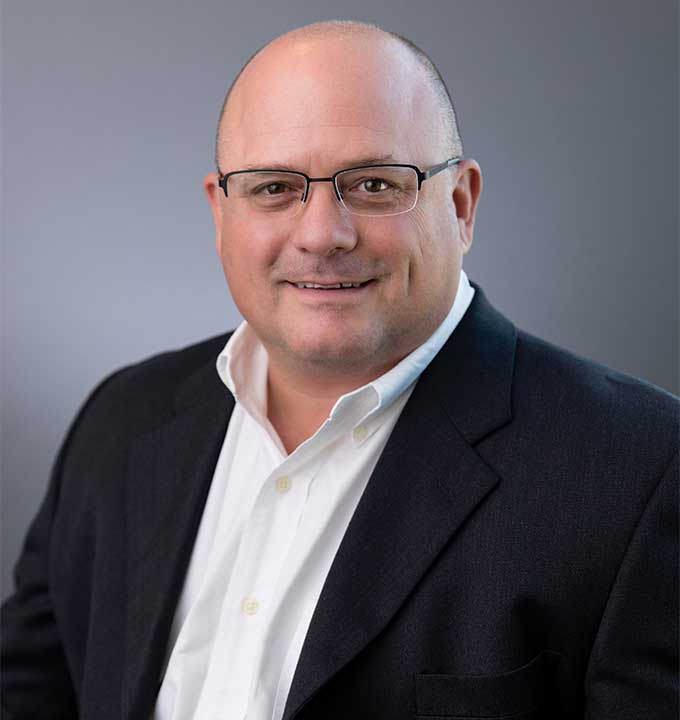 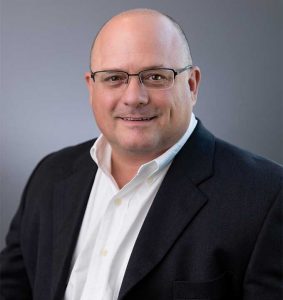 Joe is a third-generation member of the recycling and solid waste industry and has worked in and around recycling facilities his entire life. Joe’s earliest work was at his family’s Recycling Plant in Chesapeake, VA where he was a general laborer and equipment operator. From there Joe obtained at BSBA in Finance from American University and went on to work for the largest manufacturer and consumer of corrugated containers in the world, Stone Container Corporation. At Stone Container, Joe oversaw managing and marketing of over $85 million dollars’ worth of recycled fiber annually. After Stone Container, Joe accepted a position with Paper Recycling International (PRI) where he became Procurement Manager and provided recycled fiber analysis and procurement strategies for 12 paper mills along the East Coast of the US and Canada. In 1999 Joe decided to return to Hampton Roads and work for his family’s recycling company. After a few years as Vice President overseeing the operation and management of 3 facilities, Joe left to join Cellmark, a multibillion-dollar recycling and paper sales company. Joe was responsible for management of their four recycling facilities. In 2005, Joe started RDS
and has expanded the company into both Portsmouth, VA and Roanoke, VA. RDS specializes in MFR operations with an emphasis on Single Stream Recycling. RDS employee the most modern technology in our facilities, and was one of the first facilities to utilize AMP Robots to perform material sorting. 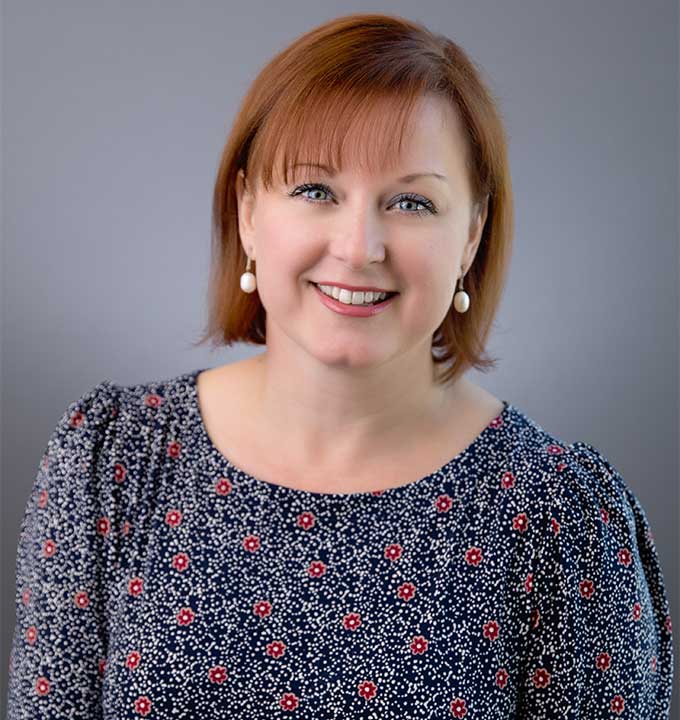 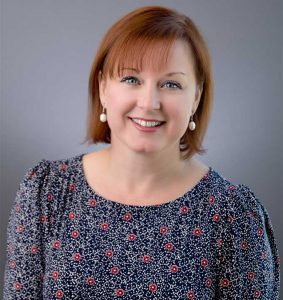 Amy Owens grew up in Pittsburgh Pennsylvania where she attended the University of Pittsburgh for undergraduate and Liberty University for her master’s degree in accounting. She started her career in internal auditing with the JC Penney Company and Consolidated Natural Gas. She transitioned to the fields of finance and purchasing with the H.J. Heinz Company, also performing roles in their demand planning as well as continuous improvement departments. In these Supply Chain roles, she completed a fraud investigation program, earned her Six Sigma Blackbelt, completed her Certified Purchasing Management training, and SOX Sarbanes Oxley training with certifications in all. After serving as a Starbucks Director of Ingredient Purchasing in Seattle, Amy returned to the East Coast where she worked in her local school system’s finance department. Amy is an active community member who is dedicated to continual learning, and always adding value to the organizations in which she is employed. She understands the way that great data can tell a story and identify opportunities for growth among any company. As a leader at RDS, Amy sets ambitious goals for company development and the organization through streamlining processes and communication across all RDS facilities. 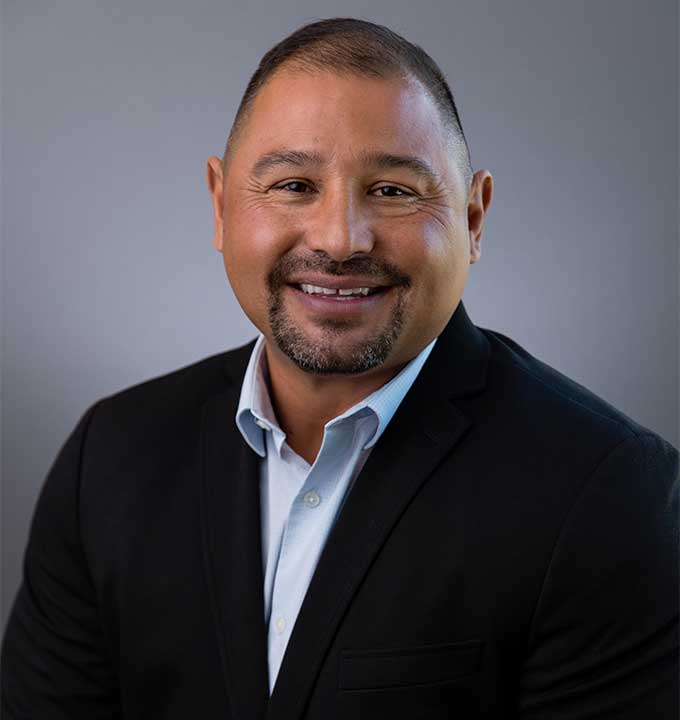 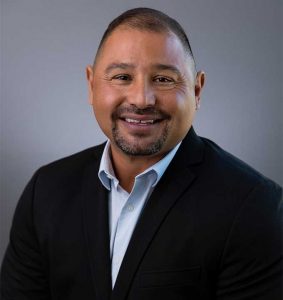 Gary is a Desert Storm Era US Army veteran who has worked in law enforcement for over two decades where he was able to achieve the rank of Captain where he managed three department sections including 60 sworn direct reports and 7 supervisors. Gary started a business venture in 2006 as an Owner/Operator for a motorcycle dealership where he provided retail sales of motorsport vehicles, equipment, accessories, and a service section, helping revenue exceed $1,000,000 annually. In 2013, Gary joined Waste Management (WM) as a Hauling Site Route Manager. He was promoted to Site Manager at a stand-alone WM site within 14 months and promoted to District Manager by his 3rd year of employment with WM. He managed a book of business of $25 Million dollars at that site. By 2018, Gary was managing three hauling sites, 125 drivers, 20 Technicians and 13 office staff and supervisors. Those three sites had an annual combined book of business of $75 million dollars. In 2019, Gary was selected to the Circle of Excellence, a coveted Waste Management award for the top 100 managers in the country. In 2020, Gary moved to Orlando, Florida, to serve as a GM for Orion Waste Solutions where he managed 73 employees including drivers, operators, maintenance, and sales staff. He oversaw daily operations of the hauling company, grading crews, transfer station and a C&D MRF. In October 2020, Gary returned to Virginia to care for his mother as he continued to work for Orion remotely as they found a replacement. Gary now brings his proven track record in the waste and recycle industry combined with excellent leadership abilities to the RDS Portsmouth facility as General Manager. Gary enjoys spending time with his family, weightlifting, boating, and watching his youngest son play high school football. 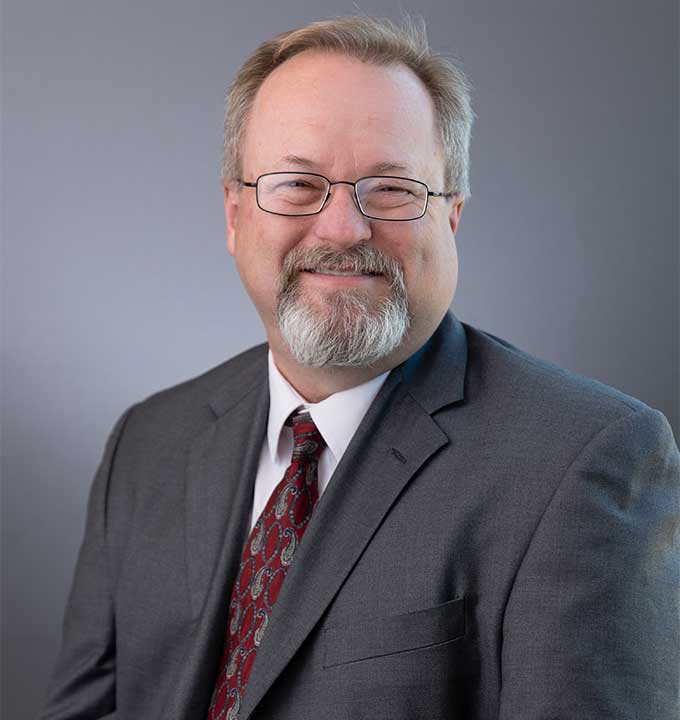 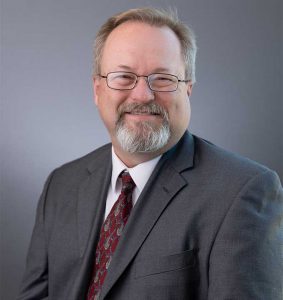 Gary D. Pierce is the Plant Manager for the Roanoke-Korte Street facility of RDS of Virginia. Gary is a native Virginian, having received his bachelor’s degree in Business Administration from Longwood University. After college, Gary began a career in retail management with the Kmart Corp. Over the next 27 years, he continued his management career with Caldor, Target, Big Lots, and Shoe Dept. along the East Coast. He has been recognized on multiple occasions for outstanding sales, profit results, and customer service. After deciding to leave the retail industry, Gary has settled in with RDS. Gary now lives in Salem, Virginia with his wife and youngest son. 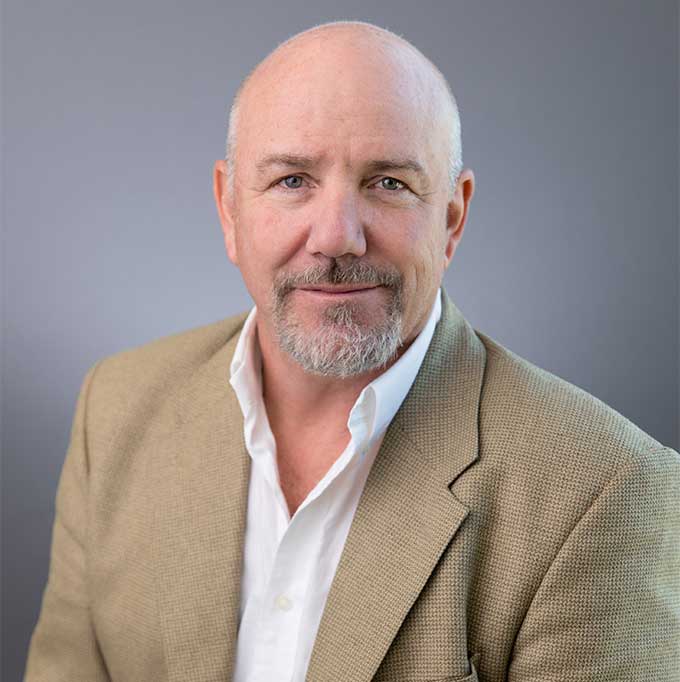 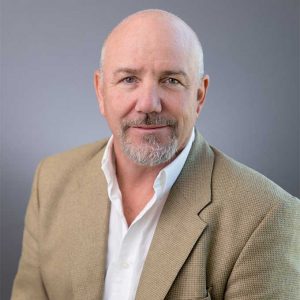 Billy has over 12 years of experience in solid waste management with the City of Roanoke. Billy supervised over 50 employees who managed 100,000 tons of solid waste and recycling annually. Billy’s specialties include providing unique and innovative solutions to his customer’s solid waste management problems, solid waste management plan and strategic business plan composition and implementation. He also excels in information and data analysis, contract management, vendor relations, budgeting and financial analysis, as well as process improvements (LEAN certified). Billy holds associate’s degrees in Management and Accounting from Virginia Western Community College and a bachelor’s degree in Accounting from Liberty University. He joined RDS in 2017 as wood waste manager but left briefly to become controller at a local private country club before returning to RDS in 2018. Billy is a proud member of the Virginia Recycling Association (VRA) and Southwest Virginia Solid Waste Management Association (SVSWMA). In his free time, he enjoys golfing, hunting, fishing, and boating.

Billy has recently been appointed to the Board of Directors of Virginia Recycling Association. 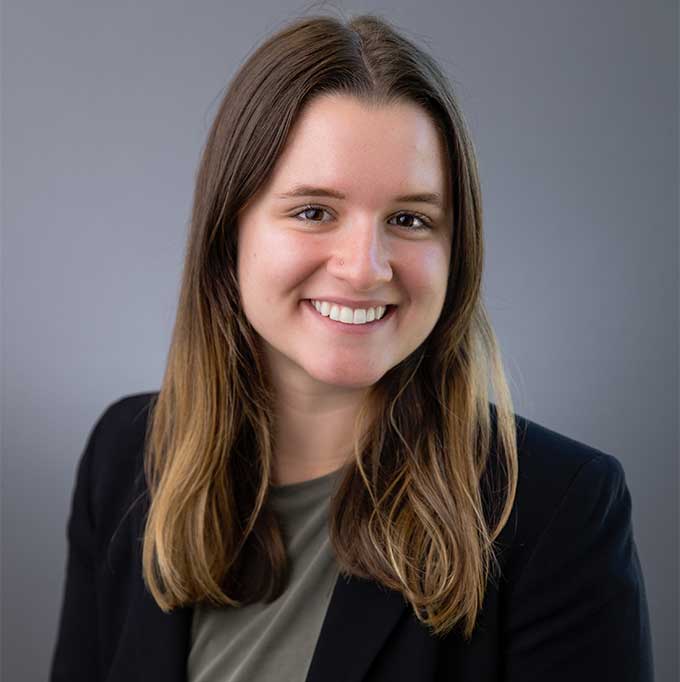 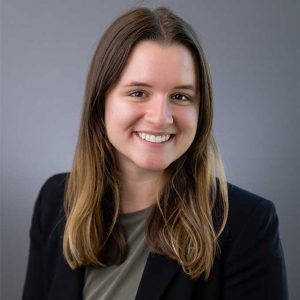 Lauren comes to RDS with a Bachelor of Science in Integrated Science and Technology with a concentration in Sustainable Environmental Systems from JMU. Before joining RDS, she was a Sustainability Intern for JMU dining, where she got involved in waste management by launching a reusable container program, improving recycling signage and conducting outreach events to improve awareness of proper disposal. Lauren has also held internships with NASA Goddard Space Flight Center’s Earth Science Division and the Federal Energy Regulatory Commission’s Division of Hydropower Administration and Compliance, where she gained professional experience with report writing and hands-on technical work. She is an active member of her community from volunteering to hiking. In her role with RDS, Lauren identifies opportunities to expand business operations by contacting municipalities on their recycling needs. She is also developing an environmental excellence program, running the RDS social media accounts and leading several other projects. 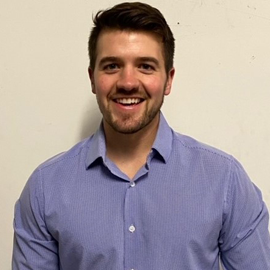 Joe was born and raised in Virginia Beach, Virginia and earned his bachelor’s degree from James Madison University in Harrisonburg, Virginia. Prior to working for RDS, Joe worked as a contractor for the Defense Counterintelligence and Security Agency, conducting background investigations on those seeking security clearances. Interested in a career field change, Joe was able to find a promising and exciting opportunity within RDS at the Portsmouth Facility. As Plant Supervisor, Joe oversees employees and coordinates activities to ensure smooth daily operations. Joe also works to ensure that employees are maintaining a safe and secure work environment. In his free time, Joe enjoys hunting, fishing, and relaxing on the beaches of the Chesapeake Bay. 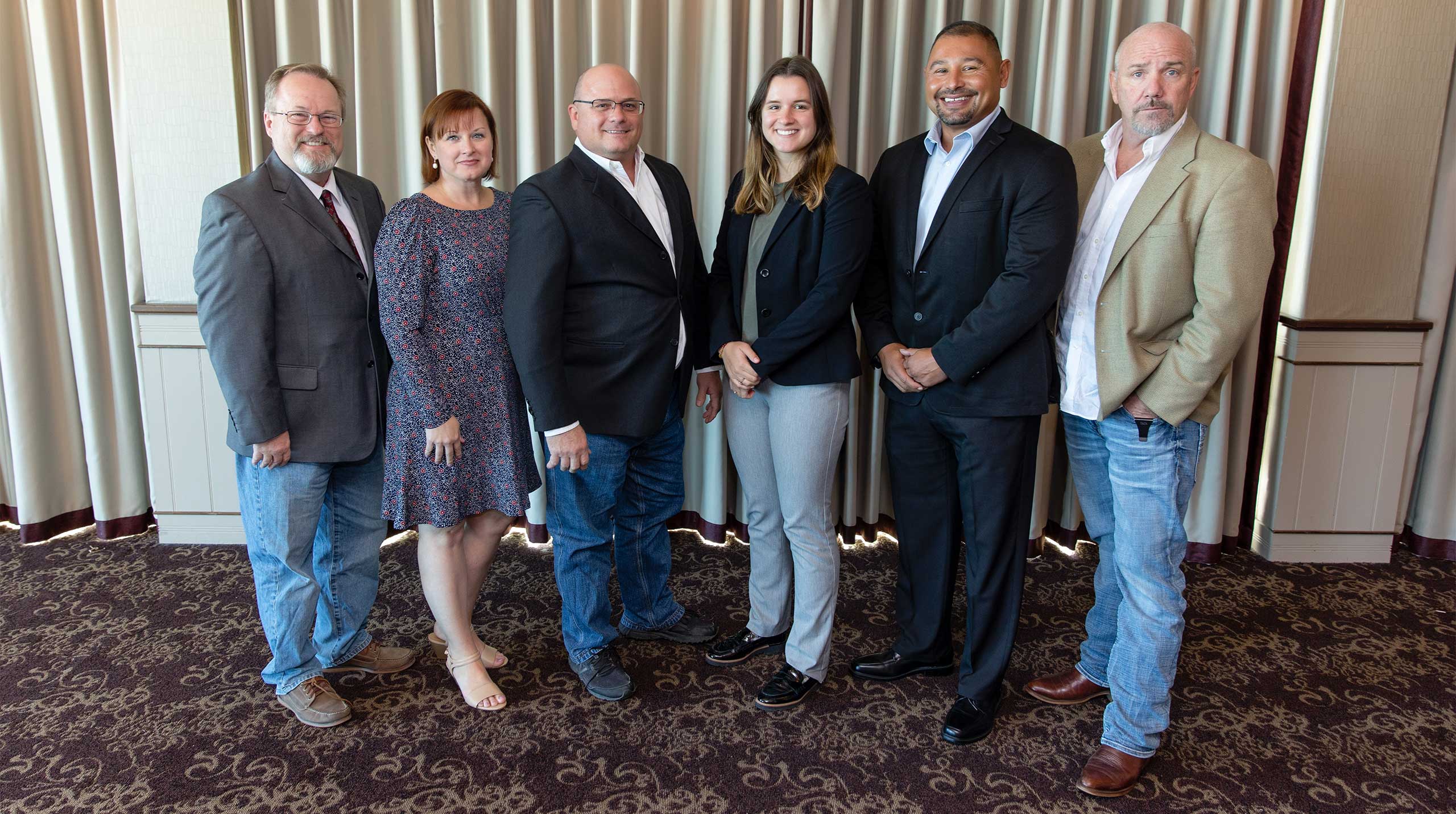